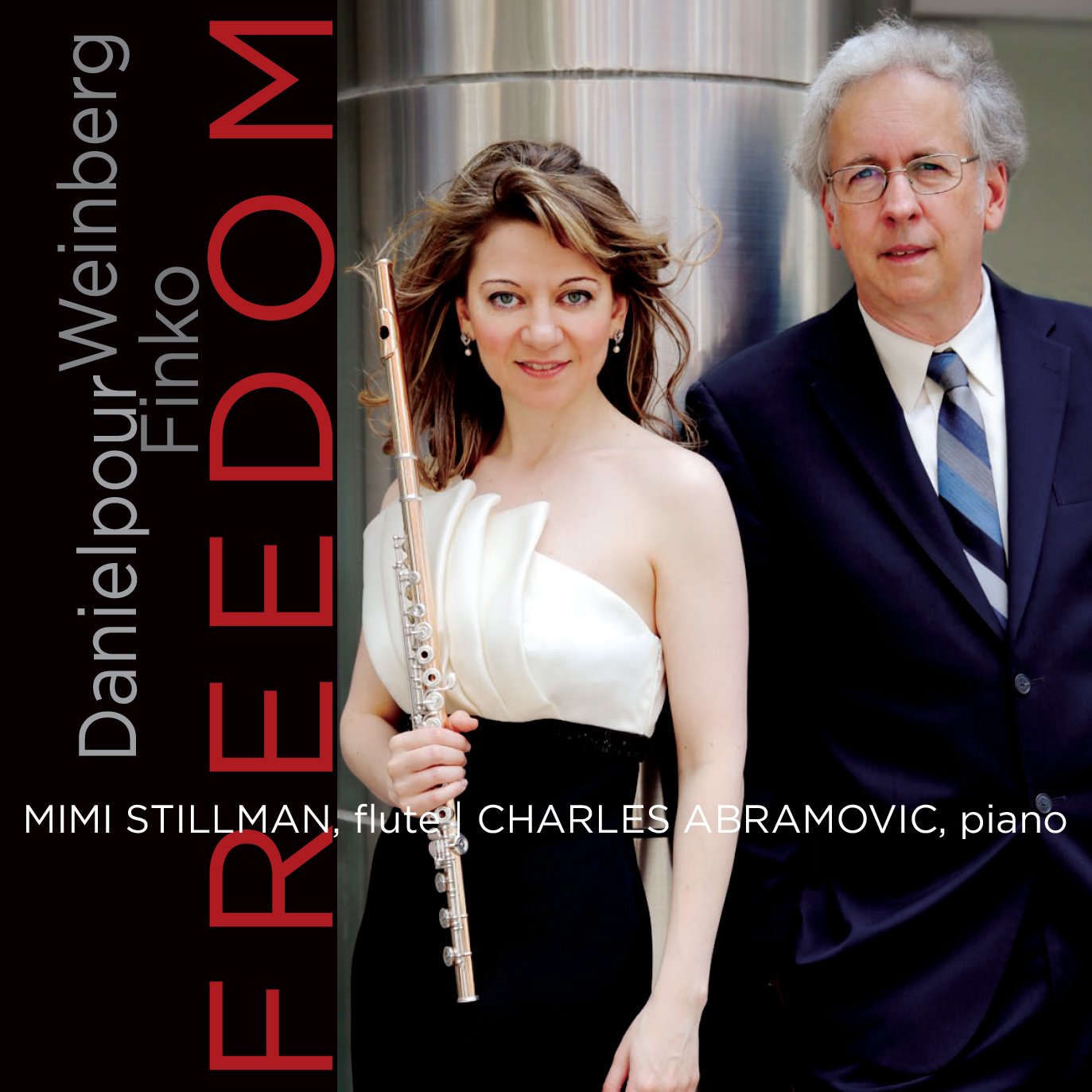 Freedom, by flutist Mimi Stillman and pianist Charles Abramovic, brings together two works commissioned by their Philadelphia-based Dolce Suono Ensemble, and one long-lost work recovered here. It is a collection unified by the human struggle for freedom. Stillman, one of the most celebrated and innovative flutists of her generation, has been praised for her dazzling artistry and adventurous programming. A Yamaha Performing Artist and Clinician, she performs internationally as soloist and chamber musician. Abramovic is Professor of Keyboard Studies at Temple University as well as a distinguished collaborative pianist and composer. Stillman and Abramovic, both graduates of the Curtis Institute of Music, enjoy a fruitful duo partnership since 2001.

Dolce Suono Ensemble, founded by Mimi Stillman in 2005, is a winner of the Knight Arts Challenge and was Chamber Music America’s featured “American Ensemble.” The ensemble’s commissioning program has resulted in 42 world premieres in 10 seasons, including the Danielpour and Finko works on this recording.

Mieczyslaw Weinberg was a Polish Jew who fled the Nazis but whose family was murdered in the Holocaust. An important composer in the Soviet Union, Weinberg formed a close friendship with Dmitri Shostakovich. Both composers were persecuted in the anti-Formalist purge of Stalin in 1948, along with Prokofiev, Khachaturian, and other composers. Five Pieces for Flute and Piano, written in 1947, was all but lost for decades. Stillman and Abramovic gave the United States premiere and subsequent performances.

Stillman commissioned David Finko, a Russian-born Jewish composer, to write his Sonata for Flute and Piano in 2012. She writes of her identification with his story as a Jewish artist of Eastern European background: “I was moved by the searing personal stamp in his music when he reflects on his history of narrowly escaping the Nazis and suffering persecution under the Soviets as an artist and as a Jew.”

Richard Danielpour wrote Remembering Neda: Trio for Flute, Cello, and Piano in 2009, as a reaction to the Iranian people’s struggle for freedom and a commemoration of Neda Agha-Soltan, a young woman who was fatally shot in the Tehran protests that year. Danielpour’s reflection on his Persian-Jewish heritage permeates the work. Remembering Neda was written for Dolce Suono Ensemble’s trio of Stillman, Abramovic, and Yumi Kendall, Assistant Principal Cello of The Philadelphia Orchestra.

This inspiring collection is a testament to the triumph of artistic freedom and the human spirit.